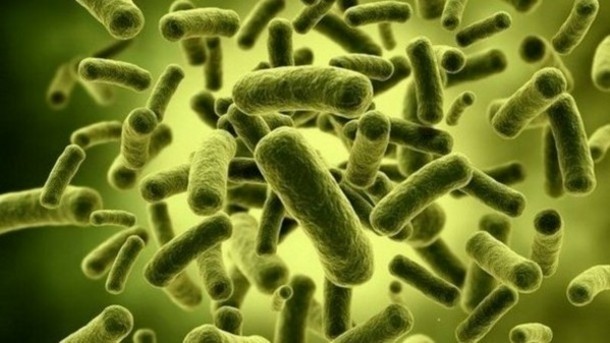 Caution: This formulation is on the basis of scientific study, not on the basis of clinical trial report in Bangladesh; anyone tries to implement this formulation for product development the author will not take any responsibility.Prepared by:Muhammad Zahidul HoqueChairman & CEOBio-XinEmail: zahid@bio-xin.comMobile: +88 01708 411471

Maltodextrin, Magnesium stearate (vegetable source) and silicon dioxideGeneral Description: S. boulardii is a probiotic supplement that survives stomach acid and colonizes intestinal tract. It promotes the health of the intestinal tract; helps protect its beneficial microbiota, and enhance immune function. Additionally it synthesizes vitamin B1, B2, pantothenic acid, vitamin B6, nicotinic acid. S. boulardii stimulate brush-border membrane (BBM) enzymes viz. sucrose-isomaltase (+82%), lactase (+77%) and maltase-glucoamylase (+75%). As a result oral administarion of S. boulardii improved disaccharide activities, enhanced the absorption of D-glucose coupled to Na+ by the symport glucose/Na+ and expression of the sodium-glucose cotransporter-1(SLGT-1) in the brush border of the remaining intestinal segments. S. boulardii cell contain substantial amounts of polyamines (673 nmol/100 mgof lyophilized preparation of S. boulardii); in light of the well-known physiological effects of polyamines on cell maturation, enzyme expression and membrane transport mechanisms.MannanOligosaccharide is an oligosaccharide from the cell walls of S. cerevisiae that can prevent bad bacteria from adhering to the epithelial cells and reduce their proliferation. Additionally, MOS is an all natural complex carbohydrate which serves as a substrate for the growth of specific beneficial bacteria in the lower gut. It exhibits a prebiotics-like effect that influences cecal microflora and prevents the colonization of pathogens.

The antidiarrhoeal effect of lyophilized S. boulardii has been investigated in several forms of diarrhoeal diseases. The clinical efficacy of the yeast has been clearly demonstrated for both the prevention of Antibiotic Associated Diarrhoea (AAD) and the treatment of recurrent C. difficile disease. The superiority of probiotic yeast over probiotic bacteria in this indications because of natural resistance of yeast to antibacterial antibiotics, which leaves intact their viability and probiotic properties in the GI-tract.

Mechanism of action of S. boulardii:

a) Binding pathogen:MOS occupy the bacterial binding sites (lectins on the hair like projections known as pilli) on the surface of the pathogens, thus preventing the binding of pathogens to the mucosal wall. MOS binds with them and the complex can then be flushed out of the animal.

b) Starving pathogens of sugars need for growth:MOS is not digested by intestinal enzymes of human and animal because animals do not have the enzymes that can act on MOS, but in fact is a substrate for the growth of beneficial bacteria.

Oral route: 1 or 2 sachets or capsules, given once or twice daily.

Oral route:This probiotic supplement can be taken at any time but, in order to obtain very rapid effect, it is best to avoid periods when digestion is taking place. However, it can be taken at the same time as a dose of antibiotic, whenever the latter is given. This Probiotic supplement should not be mixed with a liquid which is too much hot or which contain alcohol.Dosage form capsules: either sallows the capsules with a mouthful of fluid.Dosage form sachet: pour content of the sachet into some water or sugar and water, mix and sallow.Safety: this product is safe for children, men and women of all ages.Interaction: On account of its fungal nature, S. boulardii is sensitive to antifungal antibiotics and to some quinoleine derivatives.

S. boulardii is generally recognized as safe (GRAS) and safe for everyone. However, if anyone experience negative side effects, consults your health care professional immediately.

Who would or should use the product:

Who should not use the product?

What is the difference between this product and other antidiarrhoeal product in the market?“Rena Anti-diarrhoeal Probiotic” is a formula containing strain of S. boulardii and MannanOligosaccharide that has a lot of clinical evidence against diarrhoea and complication associated with antibiotic therapy. Other products in the market for diarrhoea treatment contain single or multi-strain of Lactobacillus which can’t be use concomitantly with antibiotic therapy because Lactobacillus are susceptible to antibiotics.Why does this product contain MOS?MOS is cell wall extract of S. cerevisiae in which many pathogenic bacteria bind and exit intestine without attaching to the epithelium cell. MOS may also enhance health by stimulating antibody production.